Can Your Dog Heal? Can You Heal Your Dog? 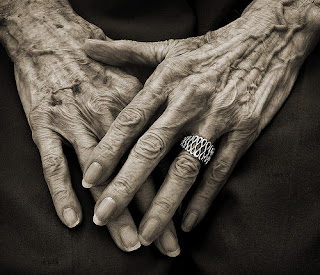 As a lawyer, I am man of logic, law, reason, and evidence.

I deal with proof of certain propositions, not mere speculation or fantasy.

This training and mindset spills over into my spiritual life. I have problems with most organized religions that ask me to suspend my logic and desire for evidence.

Instead, Buddhism appeals to me as the Dali Lama has said that if science should prove some aspect of Buddhism incorrect, Buddhists should accept that, as Buddhism is a philosophy of reason.

So, consider me skeptical when it comes to mysticism and miracles.

There's just no logic or reason to most examples.

Last night, my ten year old schnauzer Thunder was in great discomfort. He could barely walk. He could not lift up his back legs from a sitting position.

In the last month or two, he's been to a couple of veterinarians to try and figure out what is wrong with him. My new vet thinks Thunder has some bad discs in his back that pinch and give him problems.

My good friend Ray Ellis from Houston, a very devout Christian, had told me about instances of his congregations putting their hands on sick parishioners and healing them. Frankly, I thought Ray was full of it. But Ray is also a very intelligent, reasonable, and educated person.

And I thought of my own enjoyment of massage and how I always feel better afterward.

So, before bedtime last night, I picked up Thunder, who was shaking in pain. I placed him in bed with me and and put my hand on him. His heart was racing. I could tell he was suffering. He was tense. But eventually, he relaxed, his shivering stopped, and he fell off to sleep.

I thought I'd try Ray's "laying of hands" on my dog. I figured there was nothing to lose.

This morning when I awoke, Thunder greeted me from the floor--he had obviously jumped off the bed sometime before I awoke.

He was running around and trying to let me know that he had to go out.

While he wasn't yet back to his pre-sickness form of a couple months ago, he was definitely feeling better.

And he still is tonight.

I don't know what to make of it. The veterinarians also talk about "kenneling" as a therapeutic treatment for dogs. In other words, you put them in their kennel so they rest and don't move around a bunch. Perhaps Thunder's back had simply re-aligned over night.

But all I know was I had a dog who was feeling and acting much better than he was eight hours before.

Maybe, just maybe, there is something to this "laying of hands" and its healing powers. My jury is still out. But Exhibit A for that proposition is a schnauzer in Harrisburg. My schnauzer touched my my hands.

Photo of hands taken by Flickr user "Your Guide" and used under Creative Commons License.

Posted by RealFakeNews at 9:26 PM

As a lawyer, you're a lawyer.

No past lives, no future lives, just guaranteed oblivion
(0=T=0),
who could ask for less?

Great blog... Just thought I'd say that! Stop by mine if you like at www.cheewit.net