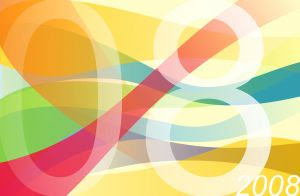 As 2008 approaches, I've been thinking about what resolutions I should make for the New Year.

But the problem with resolutions, I think, is that they seem too black and white. Either you met your resolution--like you've decided to quit smoking and you succeeded--or you didn't.

Maybe if we thought of resolutions as simply reminders for mindfulness we'd stick with them better.

As Buddhism teaches, it is the path that we walk toward enlightenment that is most important rather than then end result, which may or not be attainable.

I may resolve to not be angry in 2008. I doubt I can achieve never being angry in the New Year but I bet I can be less angry than I was in 2007. And while not perfection, that's a good thing--and attainable.

So, as you devise your resolutions for 2008--and more importantly, try to abide by them--think of your resolutions as simply mindfulness touchstones to help you on your path.
Posted by RealFakeNews at 7:49 PM